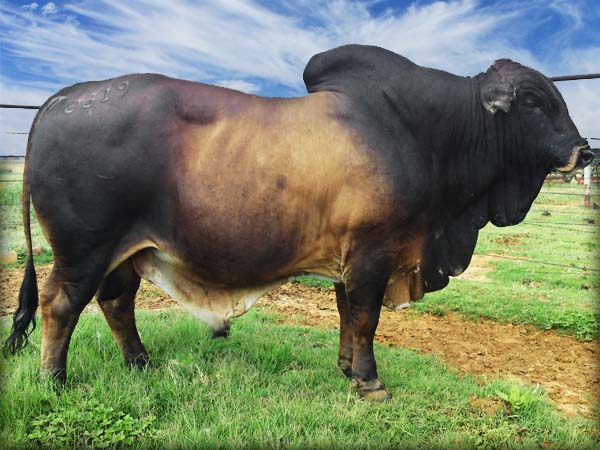 The Daily Nation reports that a South African company has been blamed for selling semen from the Boran bull, a Kenyan cattle breed by purporting it is a patented product of that country.

When questioned by the Nation, the Livestock Minister Dr. Mohamed Kuti said that the move was in violation of the country’s patent rights since the Boran cattle is an indigenous breed of pastoral communities in Northern Kenya. The minister also said that the RSA company was working in cahoots with a local ranch.

The Boran cattle is described as a sub-tropically adapted Kenyan breed for natural beef.

Genetic studies at the International Livestock Research Institute (ILRI) have revealed that the genetic composition of the Kenya Boran is unique. The Boran now found in Zambia, Tanzania, Uganda, Australia and USA originated from genetic exports of Kenyan Boran cattle between the 1970’s and 1990’s. The breed in Zimbabwe and South Africa came from embryos exported from Ol Pejeta Ranch at Nanyuki, Kenya, during 1994 and 2000.

IPKenya hopes that this story by the Nation will be properly followed up and investigated.
Although Kenya doesn’t have a comprehensive national IP Policy, Article 69 is clear that the State must:

“protect and enhance intellectual property in, and indigenous knowledge of, biodiversity and the genetic resources of the communities of Kenya”

Therefore this transfer of Boran bull semen must be treated as a criminal act by the local ranch as well as the foreign company involved. IPKenya would like to encourage the relevant State agencies including KIPI and the Ministries of Agriculture, Wildlife and Livestock to be more proactive in dealing with the menace of bio-piracy.
For instance, the State must spearhead awareness programs that underscore the importance of IP-related agreements particularly Material Transfer Agreements (MTAs).

In the present context, Material Transfer Agreements (MTAs) would be important for the following reasons:

1) They are the most suitable contracts to govern the transfer of physical assets including biological materials eg. semen, fecal matter etc.
2) MTAs ensure that only possession is transferred but not legal title to the assets.
3) MTAs may also include a license in addition to conveying physical property.
4) MTAs can be specific in scope and provide for what happens with materials, progeny and unmodified derivatives of the assets.
5) MTAs can also be used to limit the use of materials collected. For instance, a MTA could specify that the materials may be used “for noncommercial research use only”
6) MTAs can also be negotiated such that the recipient of the materials is required to assign or license inventions back to the provider or country of origin.
7) Other important provisions in MTAs relate to: warranties, liability, indemnification, rights in research results and publication, governing law and termination of the MTA.