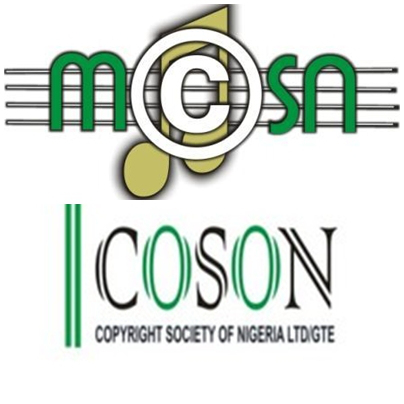 This blogger has recently come across a judgment by the Court of Appeal in Nigeria in the long-running case of MCSN v. Details (Nig.) Ltd (CA/L/506/1999). In this case an exparte order had been obtained by MCSN against Details for unauthorized use of musical works. Details raised objections on the ground that MCSK lacked locus standi to bring the action. Details noted that since MCSN had provided evidence that it represented more than two million artistes, it was practically performing the functions of a collecting society and therefore required the approval of the Nigerian Copyright Commission (NCC) to carry on the activities of a collecting society.

MCSN denied suing as a collecting society but rather as an owner, assignee and exclusive licensee as contemplated in Section 15 of the Act. Having considered all the evidence, inclusive of the deed of assignments executed with members of MCSN which clearly spelt out that the activities to be undertaken were those within the purview of the attributes of a collecting society, the court ruled that: “it is for the foregoing reasons that I have come to the inexorable conclusion, after deep reflection, that the plaintiff is a collecting society. Not having been registered pursuant to Section 32B(4) of the Copyright Act, it cannot be permitted to operate as such body. To do so would be tantamount to subverting not only the letter but also the spirit of the copyright laws of this country”.

At the Court of Appeal, the question of locus standi was answered in the specific context of the present matter. MCSN had proved that it was an owner, assignee and exclusive licensee of copyright and therefore it had a statutory standing to sue since the cause of action emerged under the 1988 Copyright Act which was subsequently amended in 1992. However, the Court of Appeal rejected MCSN’s contention that the requirement for NCC approval to operate as a CMO in Nigeria does not infringe MCSN’s right to freedom of association under section 40 of the Constitution of Nigeria. Furthermore the Court of Appeal clearly stated that the registration of a collecting society is not optional but mandatory.

A copy of the judgment is available here.