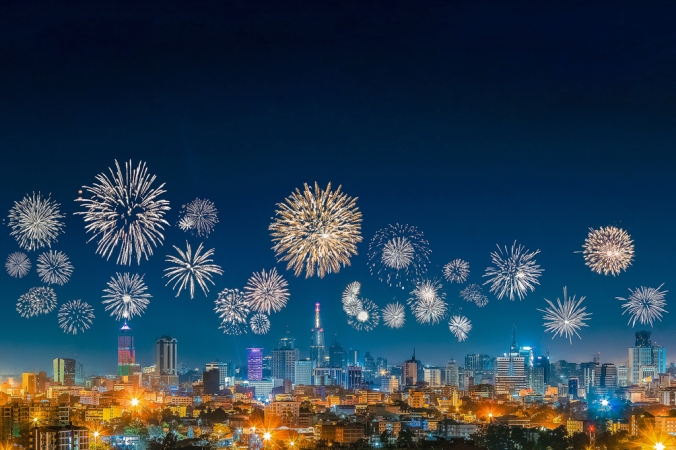 ‘Fire in the Sky’ (pictured above) is a stunning photograph of Nairobi’s skyline lit up against the backdrop of New Years’ fireworks. In April 2018, this work by Reinhard Mue aka Rey Matata was unlawfully copied and used by Law Society of Kenya (LSK). In June 2018, Reinhard wrote to LSK complaining about infringement of the rights to his copyright work and threatened to take legal action. To-date, LSK and its elected leaders have failed to respond to Reinhard at all, either formally or otherwise. As a member of LSK, this blogger is disappointed that the LSK leadership has allowed such a straight-forward matter to become a public spectacle.

Unfortunately, this is not the first time that LSK has found itself in the midst of a copyright scandal. In 2015, we discussed on this blog here a case involving constitutional lawyer Wachira Maina and law professor PLO Lumumba where the latter was accused of publishing an article in the LSK Journal that was plagiarised from a newspaper article by Maina. Although this matter is not identical to the current claim by Reinhard against LSK, the moral of the story should be apparent: owning up is an important step in demonstrating respect for intellectual property (IP) rights which include copyright.

The above poster was circulated widely by LSK through its social media accounts. It is clear that LSK’s intention was to use Reinhard’s photograph to promote its event. In the poster, LSK has juxtaposed Reinhard’s photograph with various details relating to the event and a logo for the event. While it is not disputed that the poster itself is a copyright  work, the concern is regarding the use of Reinhard’s work in coming up with the poster.  In this regard, it is clear that both claims for economic rights and moral rights under copyright law may be made by Reinhard in relation to his work.

Interestingly, LSK has not taken down the social media posts here and here containing the poster despite receiving Reinhard’s cease and desist notice over a month ago. Furthermore, the poster by LSK was promoting a paying event, meaning that LSK used Reinhard’s work to generate revenue for itself.  Even if LSK had commissioned the poster from an independent contractor, its indemnity and warranty protection would not preclude it from reaching out to Reinhard to take responsibility for any damage caused.

In the final analysis, there are several sides to every copyright infringement story. However as a LSK member, this blogger fails to see why LSK would rather subject the Bar to the public embarrassment of such a copyright suit while it had the opportunity to settle this matter amicably. Ironically, LSK has Committees both at the National and Branch levels that deal with IP matters – not to mention the long list of Advocates who practice and have specialised in IP within its membership.

One thought on “Fire in the Sky: Law Society Shamelessly Remains Mum in Copyright Claim”