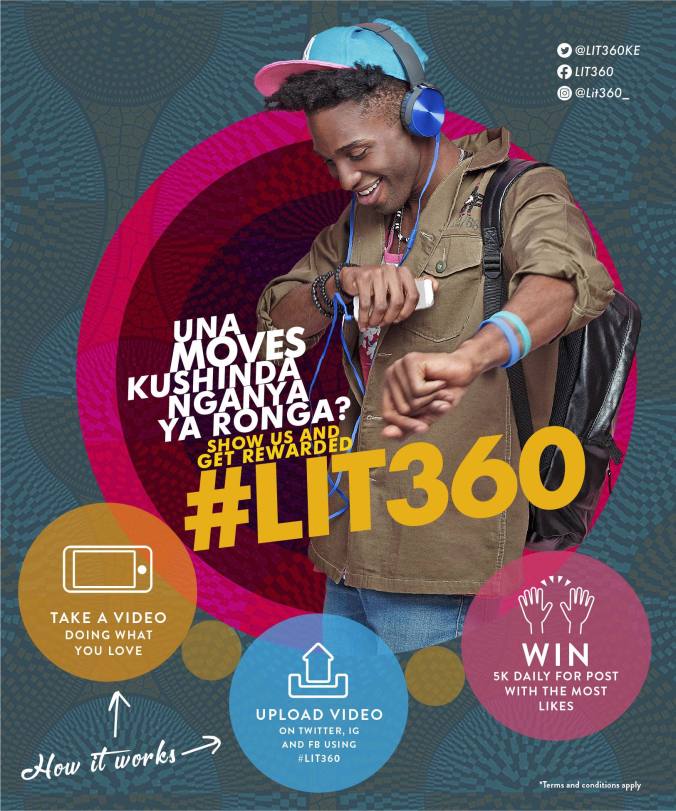 Like clockwork, behind every mega corporate launch in Kenya is a law suit over allegedly ‘stolen’ intellectual property (IP). In a recent High Court ruling in Incognito Productions Limited & another v Nation Media Group [2018] eKLR, the learned judge appeared to sympathise with the Plaintiffs but not enough to grant their application for a temporary injunction against the Defendant, one of Kenya’s largest media conglomerates that recently rolled out a multi-million shilling project dubbed ‘Lit Music’.

The face of Lit Music (which is really just a record label) is ‘LIT 360’, a 1-hour programme made available simultaneously on Nation’s radio, television and digital platforms. LIT 360 was designed with the aim of talent scouting, soliciting and harvesting content, as well as distribution, marketing and promotion of musical talent. As readers may have undoubtedly figured out by now, the Plaintiffs’ claim is that Nation unlawfully appropriated their concept which underlies Lit Music and LIT 360 based on a series of confidential business proposals made to Nation by the Plaintiffs between July 2016 and March 2017.

From the outset, it was noted that the Plaintiffs and Nation enjoyed a pre-existing business relationship dating back to the year 2005. This relationship was in the context of a relatively popular music television show called ‘The Beat’. According to both parties, it was observed that ‘The Beat’ was not performing as expected in terms of viewership and sponsorship. This observation led to a series of discussions between the parties on how to revamp ‘The Beat’ which culminated in the Lit360 concept and the Lit Music project was launched in May 2018.

In copyright terms, the Plaintiffs are claiming that Lit Music generally and Lit360 in particular are copies of protectable expressions made to Nation in the form of proposals as both literary and audio-visual works. This contention was not taken lightly by the learned judge who had to decide whether the Plaintiffs had placed sufficient evidence before the court to meet the threshold for a grant of temporary injunction. Although the court ultimately made a finding against the Plaintiffs, the court was very alive to the IP and copyright nuances that would be left to the Trial Court in the main suit. In this regard, the court noted as follows:

‘For starters, the Defendant takes the position that LIT360 is really just an improvement of The Beat and was formulated on the basis of its proprietary information and is therefore owns it. (…) On the other hand the Plaintiffs take the position that the two projects are separate and distinct. There is common evidence that after a discussion of some proposal (which the Plaintiffs insist were new concepts while the Defendant says were a revamp of The Beat), it was rejected by the Defendant on the basis that it was not feasible from a financial viewpoint. (…) The other issue to be determined is whether what the Plaintiffs seek to protect is simply an idea and not an expression of an idea. The evidence that so far emerges is that there were various discussions on the proposals made by the Plaintiffs which at some point were merely ideas. However, it is common ground that at one time the ideas were expressed in a pilot show which was shot twice at the Defendant’s request and a USB Drive Comprising a Reshoot delivered to the Defendant. Counsel for the Plaintiffs makes the point that the show now run by the Defendant consists of actual segments from the Plaintiff’s proposal. It seems to the Court that the proposal given by the Plaintiffs evolved from an idea to an expression of an idea.(…) Was the expression original? The Defendant presses that the proposal is similar with 2 Nationally syndicated shows in the United States of America. The Plaintiff’s counter this by stating that the two American shows are on Youtube while their idea was to be, and is, simulcast. That is, simultaneously transmitted on Radio and Television. Whether the mode of transmission is a sufficiently distinguishing factor that sets out one idea from another is an issue to be determined by the Trial Court.(…) But it has to be said that the Plaintiff’s case is not a trifle. The case is in fact arguable and I am willing to find that they have made out a Prima Facie case with a probability of success.

As if the idea-expression issue in the present case was not murky enough, the court ruling contains the following passage:

’18. Was the expression original?  The Defendant presses that the proposal is similar with 2 Nationally syndicated shows in the United States of America.  The Plaintiff’s counter this by stating that the two American shows are on Youtube while their idea was to be, and is, simulcast. That is, simultaneously transmitted on Radio and Television.  Whether the mode of transmission is a sufficiently distinguishing factor that sets out one idea from another is an issue to be determined by the Trial Court.’

This passage from the learned judge appears to be an invitation for the Trial Court to develop the concept of ‘originality’ as it exists in the copyright statute. While it is clear that copyright only protects expressions and not ideas, the threshold for originality in the law has never really been clearly analysed by the courts.

Finally, the court in a rare move, issued the following strong word of caution and advice to the Plaintiffs that would be applicable to all other creators and innovators:

‘And perhaps I need to add that the Plaintiffs may have themselves to blame for these state of affairs. In paragraph 8 of the Supporting Affidavit it is deponed:-

THAT the Defendant then asked the Plaintiffs for a written proposal of the concept. The 2nd Plaintiff suggested that the Parties should sign a Non-Disclosure Agreement, to which Defendant’s reply was “Why would I want to steal your idea? I don’t steal ideas. Just send the proposal and we will work together. We don’t need NDAs.” The Plaintiffs left the meeting with the understanding that we would come up with and develop the concept, and the Defendant would support and get it to air ASAP.

If the Plaintiffs thought that their proposal needed some protection through a non-disclosure agreement then they should have insisted on it. It now seems that the failure to do so was imprudent and they may have to suffer some inconvenience until the truth in this matter is unraveled at the hearing. Intellectual Property is an asset and when its owner possesses information which he/she is willing to share with a recipient then it is only sensible that the owner safeguards the information against misuse, infringement or breach of confidence by entering a Non-Disclosure Agreement with the Recipient. This may be one way of avoiding an “oh my God I was cheated” moment.’

As always, we will be keeping tabs on this case as it is heard and determined by the High Court.