On 11th November, 2016, pursuant to Special Issue of Kenya Gazette Supplement No.185 (National Assembly Bills No. 45) the Attorney General published the Statute Law (Miscellaneous Amendments) (No. 2) Bill 2016. It is recalled that this Bill is intended to “make minor amendments which do not merit the publication of separate Bills and consolidating them into one Bill”. The Bill proposes to amend several intellectual property (IP) laws including Industrial Property Act, 2001 (No. 3 of 2001), Copyright Act, 2001 (No. 12 of 2001) and Anti-Counterfeit Act, 2008 (No. 13 of 2008).

END_OF_DOCUMENT_TOKEN_TO_BE_REPLACED 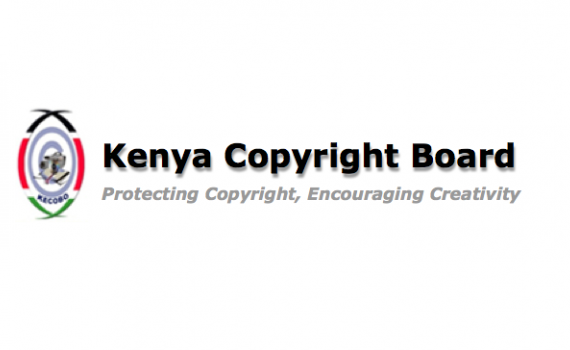 This week, Kenya Copyright Board (KECOBO) has published a set of draft amendments on collective management organisations (CMOs) available here. KECOBO has requested the public to give comments on these ISP provisions through the email account: publicforum@copyright.go.ke. In this regard, KECOBO has confirmed that it shall convene a consultative public forum on February 11th 2016 at the Auditorium of NHIF Building starting at 8:00am. This blogpost is a commentary of the key features of the draft CMO provisions from KECOBO.

END_OF_DOCUMENT_TOKEN_TO_BE_REPLACED

Recently, the Statute Law (Miscellaneous Amendments) (No. 2) Bill, 2015 was published in Kenya Gazette Supplement No. 165 (Bills No. 58). The Bill seeks to one section of the Copyright Act, namely section 30(8). A copy of this Bill is available here (See pages 3229-3230). This proposed amendment inserts the following words at the end of the section: “and the compensation shall be collected by the Board and distributed to the respective copyright collecting society registered under section 46.”
According to the Memorandum of Objects and Reasons in the Bill, the proposed amendment to section 30(8) is intended to provide for structured compensation of performers and producers of sound recordings for private copying of works in line with international norms and practices.

END_OF_DOCUMENT_TOKEN_TO_BE_REPLACED

Private copying can be defined as the act of making any copy for non-commercial purposes by a natural person for his/her own use. Kenya’s Copyright Act defines it as the making of a single copy for the personal and private use of the person making the copy. Although the right of reproduction under copyright law is exclusive, Kenya is among many jurisdictions worldwide that limit the application of the reproduction right to activities that can be qualiﬁed as private copying, the reasoning being that it is practically impossible to grant permission to large numbers of individuals, or to monitor the use consequently made of it. It follows that private copying is allowed under the condition that a fair compensation is paid to the authors and other rights holders for loss of revenues or harm caused to the rights holder whose work had been copied. Private copying levy (or the audio blank tape levy as it known in Kenya) is currently the only efﬁcient mechanism which allows creators to be compensated for widespread copying of their works for private/domestic use. It therefore follows that the blank tape levy would be applicable to blank CDs, tapes, cassettes, DVDs, VCDs, USB Disks, MiniDiscs, Memory Cards, Mobile Phones among others. It is yet to be operationalised in Kenya despite being provided for under section 28(3),(4),(5) and (6) of the Copyright Act.

In December 2013, this blogger discussed here that one of the proposed amendments to the Statute Law (Miscellaneous Amendments) Bill, 2013 related to the provisions of audio blank tape levying provided under Section 28(5) of the Copyright Act. The effect of this proposed amendment was that the blank tape levy be collected by KECOBO and then distributed to the registered CMO representing the owners of sound recordings, currently known as the Kenya Association of Music Producers (KAMP). However, this blogger argues that this section 28 (in both its current and proposed form) is unconstitutional and ought to be fundamentally amended so as to address the economic rights of all rights holders.

The WIPO International Survey on Private Copying Law and Practice 2012 explains that where private copying remunerations are gathered by collective management organisations (CMOs), these societies are appointed by the government or by rights holders. According to the Survey, these CMOs must be representative of each variety of rights holders namely the authors, performing artists and producers. In some jurisdictions, a distinct CMO exists dealing solely with private copying levy and the board of such a CMO is comprised of the various rights holders’ representatives.

Meanwhile, back in Kenya, the related rights CMO representing sound producers (KAMP) has recently published a public notice on it’s official website which reads in part:-

“The Kenya Association of Music Producers and Performers Rights Society of Kenya Stakeholders Meeting on Blank Media Levy concluded by setting an unopposed tariff of 6% of import price at the point of sale on the aforementioned equipment. KAMP and PRISK by virtue of Sections 28 (5) and 30 (8) will commence collections May of 2014.”

According to section 28(4) of the Act, the royalty payable for private copying can only be set in one of two ways: through agreement with stakeholders or by the (non-existent) competent authority. The question which therefore must be asked is which one of the two ways was used and what was the rationale behind the percentage figure of 6% purportedly agreed upon pursuant to the Act.

Assuming that the conditions of section 28(4) of the Act have been met, it would follow that the audio blank tape levy would only be applicable to KAMP and not PRiSK. This is because the section refers only to audio recording equipment and audio blank tape and not video. In addition, according to the WIPO Survey, the only jurisdiction with a tariff of 6% (of the import price) is Lithuania and this tariff covers both copyright and related rights holders, as illustrated in the table above.

However there is a fundamental question which remains unanswered, namely: is the current private copying levy provision under section 28 constitutional? The blogger argues that the answer must be no. In all the countries studied in the WIPO Survey above, copyright holders were allocated a substantial share of collections from the respective private copying levies. However, the Kenyan Act only refers to owners of sound recording. It is therefore possible to argue that section 28(3),(4),(5) and (6) are unconstitutional for two cardinal reasons, namely the discrimination of rights holders contrary to Article 27 of the Constitution and the deprivation of property contrary to Article 40 of the Constitution.

We are pleased to have come across a solitary article on Intellectual Property (IP) in the recent Law Society of Kenya Journal Volume 9(2) of 2013. This article is titled “Copyright Protection for Foreign Works in Kenya” and was authored by Mr. Wilfred Lusi.

In addition, the article fails to distinguish which category of copyright works will be examined in the article. Despite this lack of focus, a cursory reading of the article reveals that the main works primarily considered by the author were audio-visual and musical works. There also appears to be no distinction drawn in the article between copyright and related rights in foreign works. This blogger respectfully argues that this last distinction would have proved useful particularly from the perspective of administration of rights and enforcement of rights.