For more news stories and developments, please check out #ipkenya on twitter and feel free to share any other intellectual property-related items that you may come across. 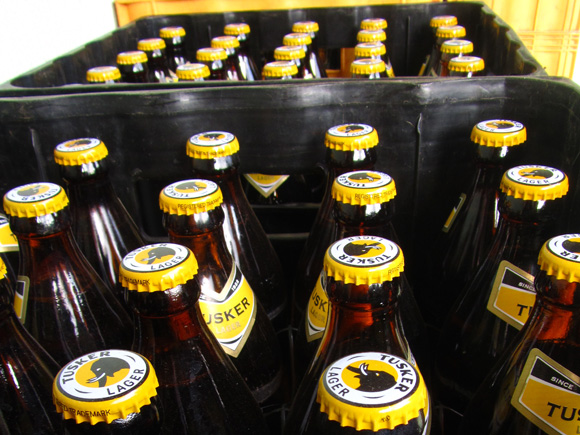 “I am acutely aware of the far reaching consequences of my conclusive finding that purely constitutional issues and questions have been borne out of a hitherto commercial relationship and hence the court’s jurisdiction rather than agreed mode of dispute resolution. I however do not for a moment view it that the framers of our Constitution intended the rights and obligations defined in our common law, in this regard, the right to freedom of contract, to be the only ones to continue to govern  interpersonal relationships.” – Onguto, J at paragraph 101 of the ruling.

A recent well-reasoned ruling by the High Court in the case of Bia Tosha Distributors Limited v Kenya Breweries Limited & 3 others [2016] eKLR  tackled the complex question of horizontal application of the Constitution to private commercial disputes governed by contracts with private dispute resolution mechanisms. More interestingly, the court had to consider whether the amount of Kshs. 33,930,000/= paid by the Petitioner to acquire a ‘goodwill’ over certain distribution routes or areas of the Respondents’ products can be defined as ‘property’ held by the Petitioner and as such protected under Article 40 of the Constitution.

END_OF_DOCUMENT_TOKEN_TO_BE_REPLACED

Recently, the much-awaited judgment in the case of Makate v Vodacom (Pty) Limited [2014] ZAGPJHC was delivered by the South African High Court in Johannesburg. The case revolves around the “Please Call Me” (PCM) service whereby Vodacom allowed its subscribers to send FREE messages to anyone on all South African networks, asking them to call you. The idea behind this nifty service come from a former Vodacom trainee accountant Nkosana Makate who went to court seeking compensation from the telecommunications giant for the idea.

The thrust of Makate’s case was to enforce against Vodacom an oral agreement in terms of which the Vodacom (which was ostensibly represented by Geissler, as Makate claims) would take and test the idea and if it was successful, pay Makate an amount to be negotiated between by both parties, but which represented a share of the revenue generated by the product that was to be developed based on the idea.
The court, in its judgment, was prepared to accept an agreement with Geissler on the terms alleged by Makate had been concluded. However, the court ultimately held that Vodacom was not bound by the agreement entered into by Geissler since Makate had not shown that Vodacom made any representations as to Geissler’s authority to represent Vodacom in conclude the agreement or, even if it had, that the representations were such that Makate should reasonably have acted upon them. The court also found that Makate’s claim was time barred i.e. the debt claimed by Makate had prescribed in terms of the South African Prescription Act. This blogpost considers several intellectual property (IP) issues related to this case and possible lessons for Kenyans who come up with creative and innovative ideas within the course of employment.

Many years ago, this blogger landed in South Africa as a wide-eyed 20-something law student. With a meager budget to survive on, many of my classmates and South African friends may have forgiven me for making abundant use of PCM. PCM is short for “Please Call Me”, a revolutionary service whereby Vodacom allowed its subscribers to send FREE messages to anyone on all South African networks, asking them to call you. PCM was a great way of getting in touch when you didn’t have any airtime to make calls or send SMSs. It suffices to say that this nifty PCM function really came in handy in cases of emergencies.

Presently, media reports indicate that Vodacom is embroiled in a David-vs-Goliath law suit with a former employee who claims that he came up with the idea of PCM and is now seeking compensation from the telecommunications giant. The ex-employee’s name is Nkosana Makate and from various media reports, this is what we know so far.